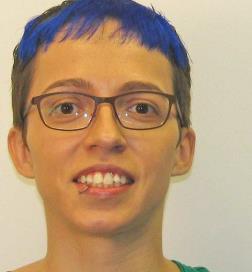 Cindy Spiess is a Senior Security Researcher for the Adobe Secure Software Engineering Team (ASSET). Prior to that, she was a Security Engineer at Amazon Web Services, focusing primarily on application security but also handling SecOps/IR as well. While in the security researcher role at Adobe, she's created NoSQL database security guidance (both generic and targeted for MongoDB & Cassandra) and is the Driver for the Adobe AWS Security Standard (setting multiple precedences at Adobe in doing so). She is currently working with an Adobe DevOps team on container security (Docker, DC/OS, Mesosphere: Mesos, Zookeeper, Marathon, Chronos). Cindy is a SME on AWS security and has contributed to the CIS Amazon Web Services Foundations Benchmark and 6 additional Adobe standards. She has also presented at multiple Adobe-internal tech conferences and has given a workshop on cracking WEP keys for the Adobe Seattle Girls Who Code.